Life coaching for an elite life - Counseling for Mental Wellness

- I am a Licensed Professional Counselor with years of life coaching experience working with Teens and Adults. I had a successful counseling practice in Waterford Michigan and really learned the art and science of counseling there. I started that practice months after I graduated with a Masters degree from Oakland University. I started my new practice in Fenton for many reasons. I am graduate of Fenton class of 1991. Fenton has always been my home no matter how many states, countries, or continents I have been to so it was a great joy for me to open up VAE Life Coaching here. I started my Waterford Practice (Darkness Recovery) in 2009 and worked with hundreds of people suffering from addictions, depression, anxiety/ PTSD, and grief and loss. I have also helped mentor and coach people seeking to advance in many areas of their life. I would like to say, Darkness Recovery helped out many people from the young to the elderly, but now it is time for me to start working with people in my own hometown. 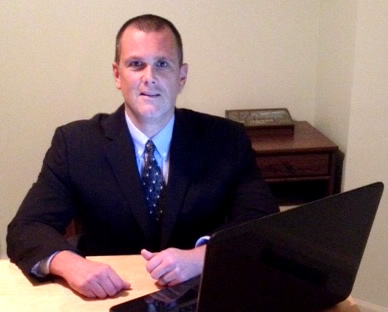 I worked as hard as I could to help people develop hope in some very dire situations, which in turn helped me as a counselor. It helped me develop a system that works with people regardless of what problems and conditions they are facing. It also helps people achieve excellence in their life pursuits.

Darkness Recovery was a pure counseling practice. That is to say, I used a pretty straight and structured Cognitive Therapy style. This is how I was educated and trained through the years and it has many benefits to it, but something was missing. The goal of Psychotherapy is to help the client achieve a level of normalcy. For those depressed and anxious, this is well received and is all most people are seeking. There was something I was starting to use that mixed my own background and the education and training I had. I started to see far better results and this method was really helping people beyond just their depressions and anxieties. It was helping them develop their thinking into a belief. This belief and the methods being used started helping people achieve things in their life they gave up long ago. I started to see a hope in their faces and as one client told me ‘Good stuff just seems to be happening now’. I will discuss more on this in a bit, but first let me give you a little background on how I came up with the concept of VAE.

I am a 1991 graduate of Fenton like I said. I loved High School. Football, Friends, and positive times. I had very high hopes and life just seemed to move in a perfect wave. After graduating, I went off to the Marine Corps. I served as a Machine Gunner in the infantry. I then went off to college and earned my first degree. I was pretty proud of that, but I was starting to grow aimless and drinking became my crutch. As the years passed on, I really lost my positive outlook on life. I even started using certain drugs. This was something I swore I would never do. I grew restless and started thinking very negative and speaking the words of a depressed man. I had lost that pep I always had. I found myself attracting the very things I feared. It was as if I was attracting bad things into my life. Addictions, poor finances, poor relationships, and an overall depressed mind. In a nutshell, my life was miserable at the end of this period. I lost my hope and positive outlook on life and the more I thought in a depressed mode, the worse my situation became.

There is much more that happened in the years between 1991 and 2004. I will sum it all up by saying, I went from a young man who had right beliefs, a solid plan, and joy to someone who was negative and depressed. The more I thought and lived in this condition, the more my life spun out of control.

In late 2005, an old Marine buddy called me. He said he was running small teams of guys in Iraq for a PMC or private military company. These teams were security teams tasked with protecting VIP’s and convoys that had important supplies and such. I thought to myself ‘This is the break I need. I will get trained up and give this everything I have.’ I did just that and within a few months, I was in Iraq. I was there right at the peak of the insurgency. The odd thing is, I felt all the depression and anxiety I was facing disappear. Looking back on it the reason for this is I had a purpose. It was more than that though. I was around people who were achievers and who lived a positive mindset and never focused on the negative. Most of these guys were former Special Forces and Rangers. I was one of the few who only had a basic Infantry background. Their mindset rubbed off on me and I remembered how important thinking positive and staying motivated was. I found the right way to think in that horrible place and time. Slowly but surely this thinking not only gave me my joy back, but my situations in life started to improve as well.

I have since been to Iraq twice and Afghanistan two times as well. I even worked my way up to being a team leader on my last deployment. How did I do that? I realized my thinking was key. It was what fed into my beliefs and those beliefs became who I am now. That is it in a nutshell, but during this time I also went to graduate school to learn the Science of Psychology. It was also a key component to the development of my system. I worked with some very wise people who understood the human condition from viewpoints I hadn’t been exposed to. The combination of working with the elite military mindset and those who were very high level academic achievers gave me the blue print to start my own system to help others who seek to get out of the rut and into actively seeking out their dreams and hopes. I put every bit as much effort into learning how people think, act, and respond in normal life as I did into becoming the best protector of people overseas that I could be. I now had the birth of an idea.

That idea is what VAE is now. It took me longer than I thought it would, but it was and is worth it. The past 12-15 years of life experience and study have given me the tools needed to give back to a town I love very much. The VAE concept includes the Science of Psychology, The emotional support of Life Coaching, the concepts of right thinking and believing, and the benefits of fitness and nutrition. It all works in harmony and I am very excited to bring this to Fenton. VAE will work with you no matter what you are seeking in life. For some, defeating anxiety or depression is their main reason. For others it’s having a life coach who can help them develop an attitude of excellence. I have found the methods used at VAE can help anyone have a better more joyful life. The methods used will be tailored to your needs. The only thing that is really needed from you is a desire to have a life of joy and passion. 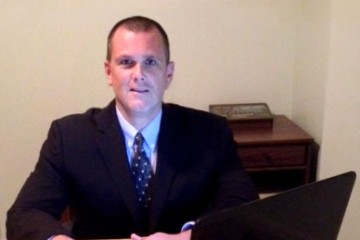 Mark Carpenter, MA, LPC- Life Coaching and Counseling - I am a Licensed Professional Counselor with years of life coaching experience working with Teens and Adults. I had a successful counseling practice in Waterford …

Make an Appointment Register for a
Support Group